If you’ve visited the Faculty of Arts recently, chances are you’ve already run into Jessica. A Political Science major with a specialization in Global Affairs and minors in both International and East Asian Studies, Jessica volunteers as an Arts Ambassador, giving tours to prospective students and sharing her perspective on student life at Waterloo.

Jessica is passionate about sharing her experiences with incoming students because even though her academic path isn’t the most traditional or straight-forward, it’s one that’s allowed her to define success on her own terms. 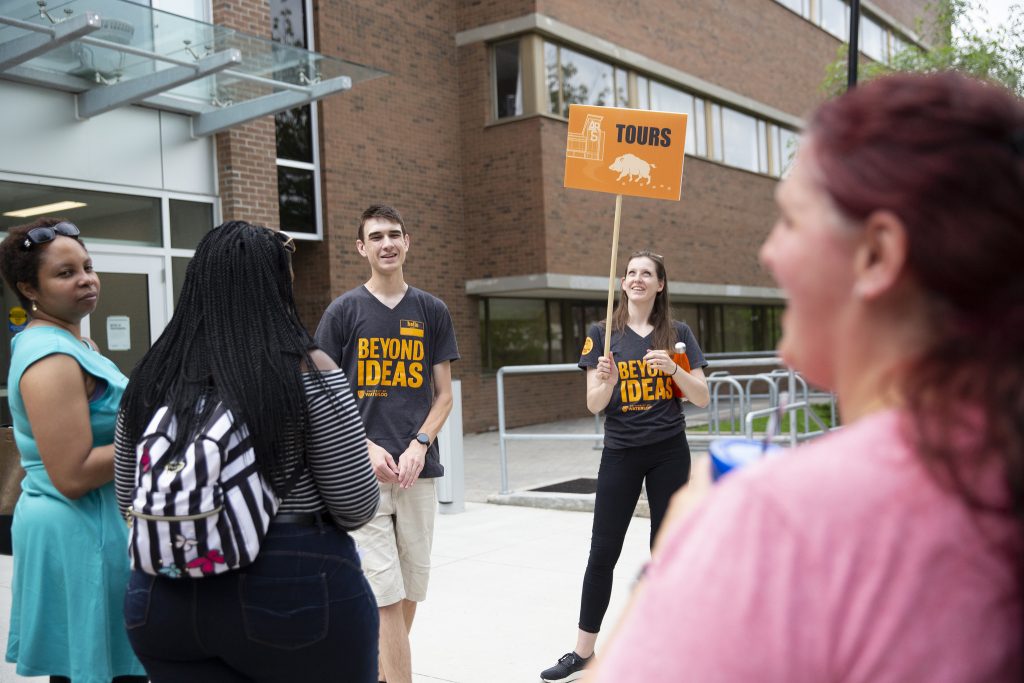 Jessica and a fellow ambassador giving a tour of campus to prospective students at You @ Waterloo Day.

Jessica started her undergraduate studies at another university. Despite having a full course load, she managed to juggle a 9 to 5 gig in the insurance industry too. Though she got by in her classes, Jessica never felt a “click” with the school, and missed the feeling that she was a part of something – a community, a cause – bigger than herself.

Waterloo came across Jessica’s radar while searching for ways to accommodate her work schedule. Impressed with the flexible course offerings and class times, she began studying on campus through a Letter of Permission.

This new sense of belonging played a large roll in her decision to change course in the midst of her third year and transfer into Waterloo’s Honours Arts program. But old habits die hard.

Continuing to manage her day job and night courses began to take its toll – her grades slipped below satisfactory standing and she was asked to withdraw for two terms. Many would see this as a setback; Jessica saw as it as an opportunity to regroup.

It got me in a space of “where do I want to go from here? Do I really want to finish my degree?” And I do. It was something I was really passionate about…It was really important to me when I came back to do stuff that I enjoyed. I’m not going to be here for something I’m not fully interested in.

During her leave, Jessica recognized that commitment had to be priority one: she made an appointment with an academic advisor to develop a concrete plan for success and left her job to concentrate on her studies.

First on Jessica’s weekly schedule was PSCI 299: Political Science Beyond the Classroom. Designed to inspire students to see the value of their education beyond the classroom, the course would go on to be a formative influence in Jessica’s academic career.

That being my first class coming back was the best thing that could have happened to me because it allowed me to find out who was on the Political Science Student Association, who our librarian was for Political Science, and the EDGE certificate. These are all things that you can engage with, so that when you’re leaving you can really tailor to what you want.

Co-op was something that I had always wanted to do, but it just didn’t work within my plan…So the idea of being able to be involved on campus and it having an impact and not just being a line on my resume but attached to something on my resume…it felt like something more intentional. 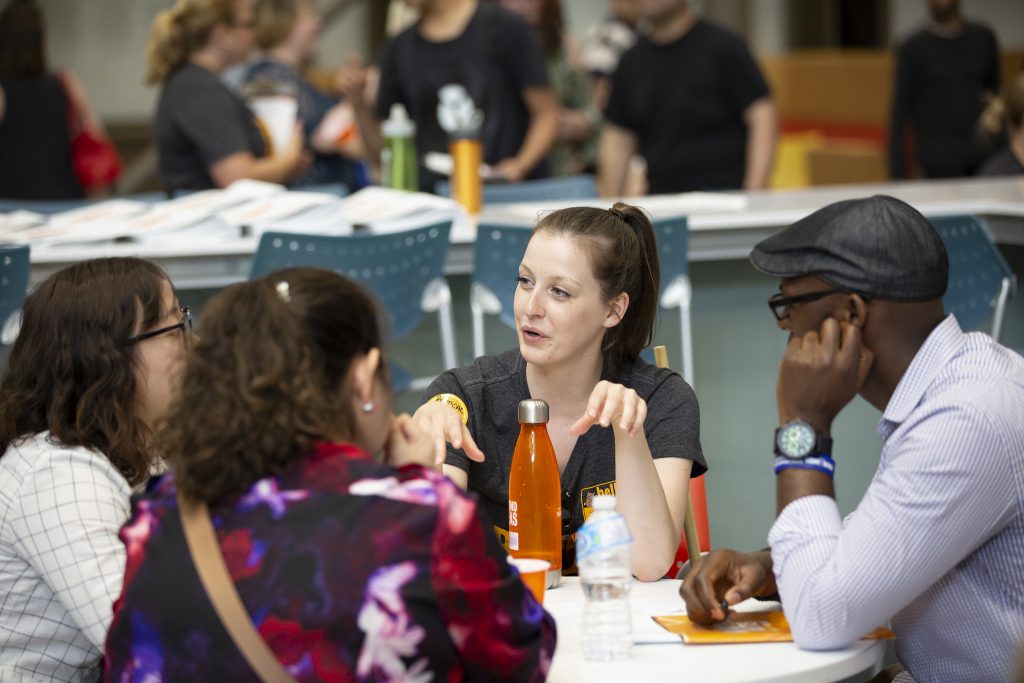 Jessica chatting with prospective students at You @ Waterloo Day.

PSCI 299 also introduced Jessica to the possibility of studying abroad – an option that hadn’t felt possible without further delaying graduation. When staff from Renison University College joined the class to speak about their Study in China Summer program, Jessica saw her in. The following spring, she was one of 18 students en route to Shanghai International Studies University.

We took culture classes in tai chi, boxing, calligraphy classes, paper cutting and then you also take language courses…I started taking Mandarin classes. I’d never taken anything like that before and I went and was like “Do you think I could do it?” and they were like “we’ll find out!”

It turns out, she could. Jessica has continued studying Mandarin and is pursuing a language certificate at Renison. 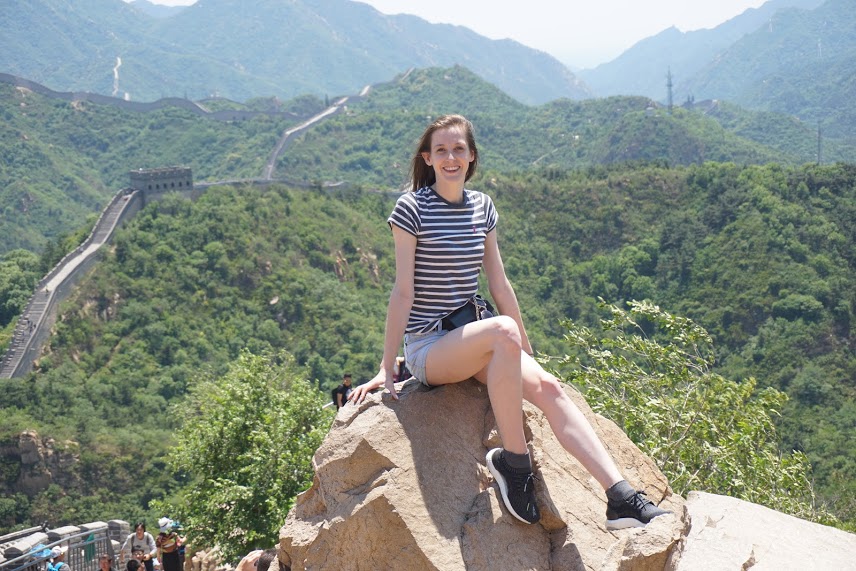 Jessica visiting the Great Wall of China while on exchange.

Since returning to campus, pushing herself beyond what initially felt possible has led Jessica to find her fit. Now in the final year of her studies, she’s researching graduate programs in Public Policy and Public Service. Though her career ambitions aren’t set in stone, Jessica is exploring how to leverage her interest in policy with her experience in the private sector.

When asked to reflect on her experience, Jessica offers this advice to any student embarking on their university career:

Asking what it is you want to do, knowing what you want to gain at the end of it is a good way to achieve it. Ask “am I happy? Do I feel successful? When I leave will I be satisfied with the way things went?” Before when I was in school I was really just trying to run a race to the end. And when I think about that, I know I wouldn’t have been trying to get into grad school like I am now. That was never a goal of mine until I came back and I realized I can get involved, I can like my classes, and I can do this.

Visit the University of Waterloo’s undergraduate admission site to learn more about our programs.