Jessica knew the University of Waterloo was her community the moment she stepped foot on campus. At 15, she ventured south from her hometown of Thunder Bay, Ontario for a week-long computer science camp. At the time, she wasn’t sure what she’d end up studying – she just knew that whatever it was, it had to be at UWaterloo.

Waterloo just has this vibe that there’s something happening – that something is around the corner for everyone, and you just have to take the opportunity and seize it. I had the drive to do that and figure out a path. So when I was accepted, it was the happiest day of my life. I’m pretty sure I screamed! I had a countdown calendar on my phone from the day I got accepted to the day I came for Orientation.

Now an Honours Arts and Business student majoring in Fine Arts with a Digital Arts Communication minor, Jessica has had the opportunity to recreate her excitement for incoming students through co-op. 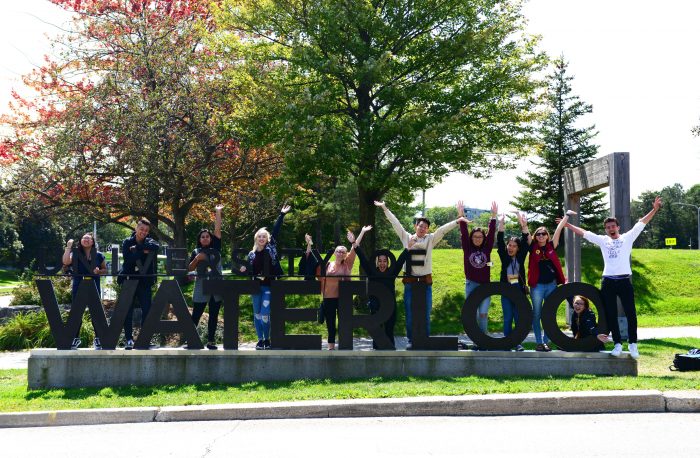 Jessica spent two work terms with Waterloo’s Student Success Office (SSO) as a Digital Communications Assistant. In her first four-month stint, she focused on writing blog posts and developed her design skills creating graphics for the @UWaterlooLife accounts. Eight months later, Jessica was invited back to the SSO, but this time to take the reins as co-lead of the #UWOW17 Media Team.

A group of student volunteers representing all faculties, the Orientation Media Team captures, shares and hashtags the best of Orientation through video, photography and social media. Jessica trained volunteers, scheduled event coverage, and developed a comprehensive social media strategy to capture the attention of 6000+ new students. Being front-row for Orientation not only gave Jessica an opportunity to relive the magic of her first days on campus, but hands-on management experience as well.

I’d never really had an opportunity to be in a leadership role like that. Obviously you do group work in class, but that’s a different experience than when you’re in the real world. I found that the position really let me figure out how I like to manage and how people best respond to my management skills. It was an experience that I don’t think I would have gotten elsewhere. 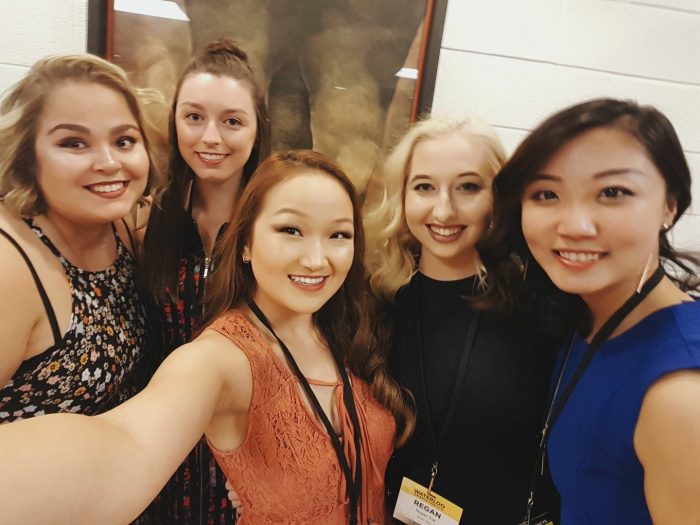 For her final co-op term, Jessica expanded her search to the private sector and landed an eight-month role at Dejero, a media-tech company that uses cloud-based technology to deliver digital content globally. Since joining the team, she’s refined their social media strategy to build their brand awareness. Jessica hopes to move into a similar role come graduation.

I do see myself continuing what I’m doing; that being a mixture of digital media: graphic design, social media, and web content. I like being a jack-of-all-trades and soaking up as much as I can. As I continue into the marketing world, I’m well-rounded enough to be ready for whatever faces me and pick-up whatever needs to be done.

When asked to reflect on her experience as a Waterloo Arts student as a whole, she credits never limiting herself to what felt comfortable for her success.

We are creatures of habit and as you get older and more complacent in your routine, sometimes you don’t take those opportunities. I’ve never stopped taking the chances, like taking a class I feel uncomfortable with – like Engineering and Art (FINE 392: Selected Subjects in Fine Arts). That’s not something I thought I’d be able to do! Or running the Media Team for Orientation. Taking those chances has been my greatest accomplishment.

Visit the University of Waterloo’s undergraduate admissions site to learn more about our programs.